Now in its 8th generation

A way of life for father and daughter

Ceri's CV is second to none

One woman and her dog

While breeding, training and competing with many dogs over the years, Ceri Rundle and her late father, H.Glyn Jones were continuously on the look-out for an affordable, top quality dog food but found little or no success.

Ceri and her dogs

They quickly learned that the ‘less expensive’ options proved to be a case of false economy with the dogs generally losing condition, lacking stamina for work and generating plenty to clean up. While the premium quality rations were beyond their price range.

This eventually led Ceri to make a major, and life-changing, decision:
“To develop my own range of dog foods – CSJ”. 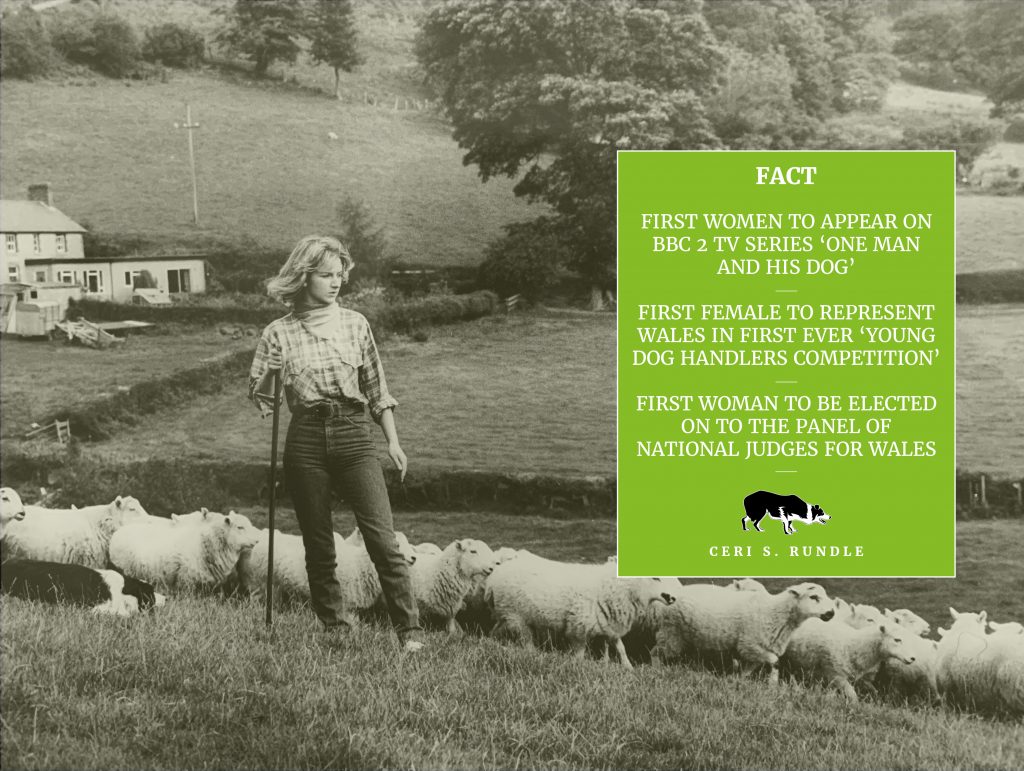 Ceri’s CV in the dog world is second to none. Her achievements are well documented and include being the first woman to appear on the BBC2 TV series ‘One Man & His Dog’ and to represent Wales in the first Young Handlers competition held at the Supreme International Championships at Armathwaite in 1980.

Later Ceri went on to become the first woman to qualify for the Welsh National Team with her homebred dog, Bwlch Hemp in 1996, Reserve in 1997 and later earned 2 further national ‘caps’ with two Hemp sons, Moel Cap and Moel Nip. Cap also partnered Ceri at the World Trials in Ireland in 2005.

Ceri was the first woman to be elected on to the Panel of National Judges for Wales, which has allowed her to judge in USA, Europe and Scandinavia. She was also honoured to become Chair of the North Wales Sheepdog Society in the early ’90s.

Ceri now spends most of her time promoting CSJ but tries to find time to train and trial her young dogs and continues to develop her famous Moel line of Border Collies (a continuation of her parents famous ‘Bwlch’ line) which are exported all over the world. 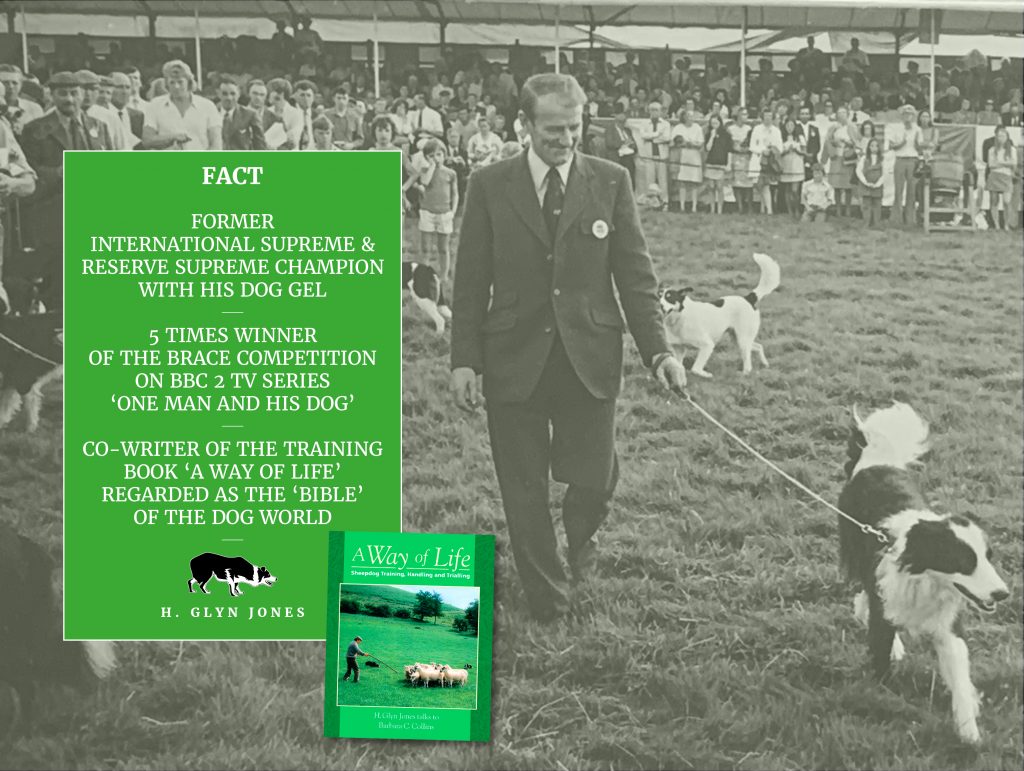 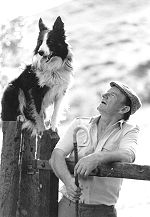 Ceri’s late father (H.Glyn Jones) was a former International Supreme and Reserve Supreme Champion with his dog Gel. He was also Reserve Supreme Champion with the famous homebred Bwlch Taff and five times winner of the Brace Competition on the BBC2 TV series, One Man & His Dog’ with his dogs Gel and Bwlch Bracken.Glyn produced three training DVDs ‘Come Bye and Away’, ‘That’ll Do’ and ‘Take Time’ and co-wrote the training book that many regard as the ‘Bible’ of the dog world ‘A Way of Life’ which up to now has been translated into 5 languages.

Glyn extensively all over the world to judge and hold training clinics and regularly competed in trials – usually against Ceri!

The ‘Bwlch ‘ line of breeding was started by Glyn with his wife Beryl in the early ’60’s and is now into its 8th generation with many of the breed regularly appearing in the pedigrees of the present day champions. For example, Jim Cropper’s Sid; Jock Welsh’s Moel Jock…

Here’s Bwlch Hemp with his sons and daughter from Dolwen Fan – Moel Cap, Fern, Mac and Nip – Ceri has run them all in trials.

“After trying a number of different products, I decided to try CSJ food and have never looked back. My dogs are fit and healthy and they have plenty of energy and stamina for top level agility. They benefit from a balanced diet where I know they get all the ingredients needed for a performance dog. I also like the fact that CSJ continue to develop their products and strive to provide the highest quality feed and supplements for our canine partners.”

““My dogs have been fed CSJ for the last 16 years and I have no complaints. They love the food, are full of energy and I have no plans to ever change. Thank you CSJ!””

16 Years and no complaints...Toni Dawkins

““My dogs have performed at their best since being on CP30. Their coats are shiny and they can't wait for their food. Since using CSJ treats my dogs efforts to get things right has doubled as they love them so much!””

““All of my dogs have done brilliantly on CSJ, it provides them with an excellent sustained energy source to compete and fulfil their potential. They also love the complementary CSJ products, Gnaw Rolls and the Training tips are the perfect reward when clicker training.””

Gnaw Rolls and the Training tips are the perfect rewardSteven Richardson

“"Since moving Rusty to CSJ her energy and stamina levels are the best they’ve ever been. With her winning all her Championship Tickets making her Agility Champion since switching, combined with a lovely healthy coat I would never feed my little star anything else.””

I would never feed my little star anything elseDave Leach

“"CSJ dog food is great, all my dogs are really good on the food. They have a very high speed and never been sick. Great skin and coat!!””

STOCK
Please note. We do not hold stock of CSJ products at our Head Office address shown here.

A Way with Dogs Enquiries